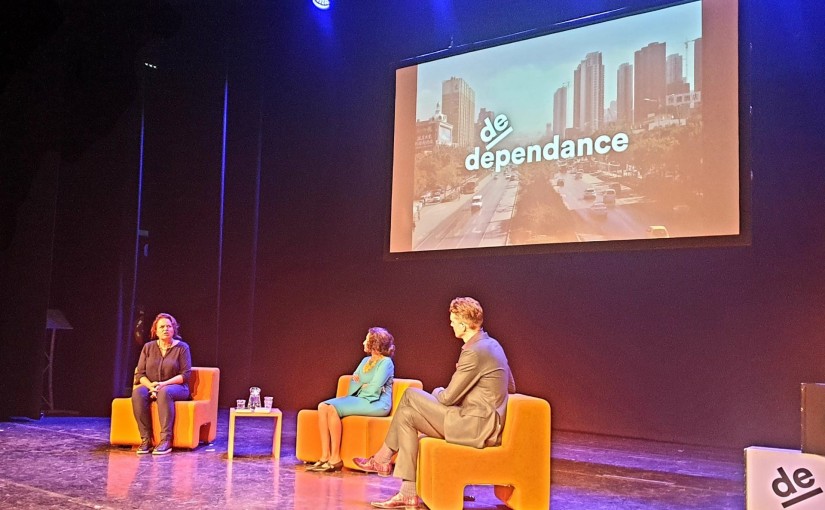 Since the pandemic kicked in and confined us all to the screen, I have been doing a marathon of webinars with a spectrum of people from academics, product designers, internal tech teams in corporations, public festivals to policy summits. I even did a book talk via Instagram with an influencer which was itself quite an experience. It was impressive to see the multitasking of the host while comments, remarks, and emoticons continued to fly across the split screen. I experimented also with a few YouTube show hosts from Pakistan talking about business and innovation and education to hosts in India on more women leadership stories. In short, let’s just say that covid was a nudge to get me to experiment with diverse platforms, formats and hosts and institutions across the world and that has surely expanded my horizons.

That said, I miss people. I miss a real audience. I miss the excitement of getting on stage, the bright lights blinding you a bit before you start to perform. A live audience energizes me in my talks and this has been an element that I have sorely missed. So it was quite a novelty to get on stage after 6 months at the Hofpleintheater in Rotterdam for an event called ‘No Place to Hide – Digital Sovereignty and Surveillance in the Data Economy.’ It was organized by de Dependance, a platform for City Culture and Public Debate that does some very cool events.

The questions up for debate was on how the rise of the data economy transforms our democracies, societies and cities? What are the mechanisms, interests and power dynamics behind modern day surveillance capitalism? And how do issues of online privacy, digital tracking and data governance manifest themselves beyond the West?

They put me up against a Dutch celebrity, the Waag founder and internet pioneer Marleen Stikker who is also the author of ‘Het Internet is Stuk’ (The Internet is Bust), a book on how we lost our digital sovereignty and what we can do to reclaim it. We each got to do our TED-like talk and after which, we had a discussion and debate about these issues. While we both clearly want the same things in terms of having genuine alternatives, breaking up tech, better governance that is not driven by market values but on common values, we did diverge in our views on how consumers around the world experienced these technologies. I took a stand on how surveillance has become a dirty word and while indeed there are some seriously urgent issues around corporate and state surveillance, we need to see the positive of certain kinds of social surveillance in terms of watching out for each other and generating visibility of people and causes that have long been invisible. Also, capitalism has played out in different ways in different contexts especially in post communist regimes and that these ideologies gain nuanced meanings as they intersect with local histories and politics – a case in point being “capitalistic China.”

Anyway, it was a good and healthy debate to be had especially in these black and white times of polarized discourses. And I for one, was glad to be among human beings again.